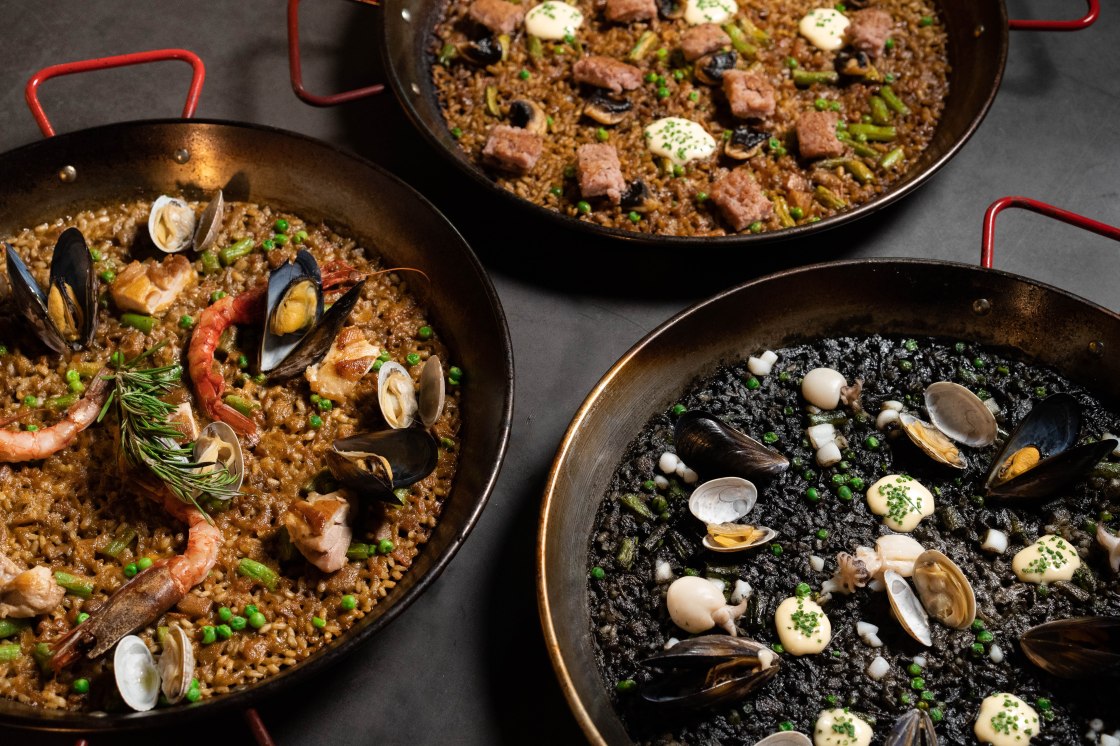 Kulto might not be the fanciest-looking establishment along the dining hotbed that is Amoy Street, but its hearty Spanish cuisine will keep you coming back for more. The interiors are simply decorated with little more than wooden shutters lining the space as an ode to Madrid and Barcelona apartments, while an open kitchen at the back of the restaurant beckons with the rhythmic sights and sounds of chefs at work.

Genuine warm service aside, the jovial lunch crowd speaks volumes of the dining experience. With a name that loosely translates to “devotion and paying homage”, the restaurant prides itself on traditional Spanish dishes executed with precision. In a time where travel isn’t encouraged, there’s comfort in knowing that we can savour a slice of Spain right here and now. Helmed by chef-owner José Alonso, who’s born and bred in Rioja, Spain, the kitchen churns out a solid tapas menu alongside traditional mains like paella. Bringing with him a decade’s worth of experience including stints at Santi Restaurant at MBS, Restaurant Andre, and Binomio, José believes in allowing quality seasonal produce to shine through the dishes.

Lunch started with a toast of refreshing red sangria, followed by a round of tapas including two types of croquettes. Here, the tapas dish is given a local spin with the chili crab croquette, featuring chunks of fresh crab meat, béchamel sauce, and house special chilli sauce, all encased in a crisp layer of breadcrumb coating. The tasty contrast in textures, from the crunchy outer layer to the soft centre, had me going for seconds. The classic jamón ibérico croquette almost paled in comparison.

An unexpected crowd-favourite from the tapas selection was the ibérico chorizo with confit potato and soft eggs—an oozy, gooey mess of rich and savoury flavours that paired well with the accompanying slices of sourdough bread.

For vegetables, we recommend skipping the roasted Australia cauliflower and going for the brussel sprouts and asparagus instead. The latter was served with romesco sauce, which complemented the vegetables’ sweet and nutty flavours. From the Josper Grill came the octopus and roasted pork belly with paprika, brimming with smoky flavours that brought out the tenderness of the octopus. We reckon it’d be a popular choice among meat lovers.

Paella (main image) is the main affair at Kulto and the chefs spare no effort in preparing each one from scratch, starting with bomba rice cooked in a sofrito base, then basted in a master broth consisting of house-made chicken or lobster stock. After a 20-minute wait, the pork sausage and mushroom paella was served, spread in a thin layer over a massive pan for optimal flavour in the middle and a beautiful char at the edges. Also on the menu were seafood and squid ink paella.

As a fitting sweet ending, we were served the Kulto cheesecake, which was made with manchego in place of blue cheese. Baked to perfection with a soft and custardy consistency, the cheesecake was one of the better ones we’ve had.