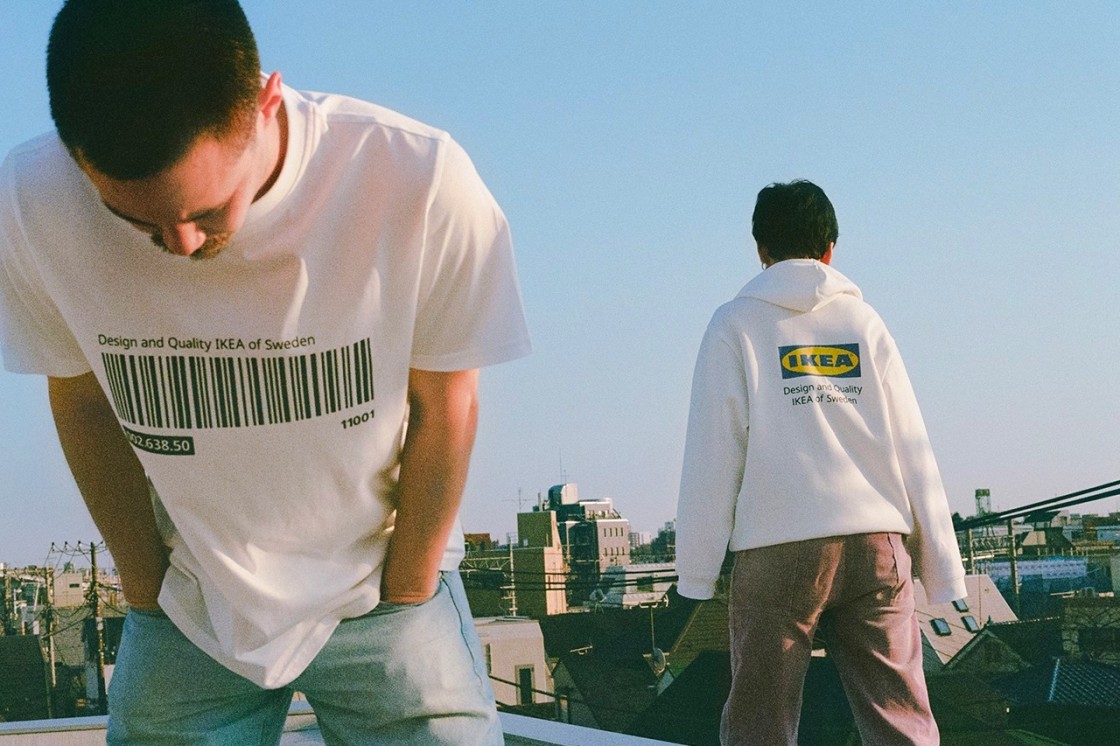 IKEA TO MAKE ITS APPAREL DEBUT IN HARAJUKU, JAPAN

Ikea, Swedish furniture company and marketing genius (remember the crib print ad that doubled as a pregnancy test?) has finally announced its first apparel and goods collection. Known for its flat packed and rea-y-to-assemble furniture that subsequently popularised the term “Ikea hacking”—reworking parts to create a new look or a new product, the brand has also inevitably found its way into streetwear culture.

In the same vein, Swedish retail giant’s iconic blue Frakta bag has been endlessly hacked and reworked by various streetwear artists around the world, from Australian designer Alex Hackett’s bucket hat back in January 2014 to today’s endless slew of bralets, fanny packs, and even sneakers.

So it seemed about time that Ikea ventured into its own line of apparel, which aims to bring its signature blue and yellow brand colours from the home to the street. Launching at its Harajuku store in Tokyo on July 31, the Efterträda collection features daily essentials including a hoodie, a t-shirt, an umbrella, a tote bag, a set of towels, and water bottles.

A collaboration between Ikea Sweden and its Japan outpost, the capsule collection comes in mostly creamy white and is accented with its brand colours. The most noteworthy piece is a cozy-looking hoodie with a barcode emblazoned across its front, while a black model number references Ikea’s well-loved Billy book shelf. Meanwhile, the digital lookbook teases images of young Tokyoites in their actual homes.

Meanwhile, Ikea U.S. launched a rainbow-coloured version of its Frakta tote bag in support of the LGBTQ+ community during Pride month. Sold out on its online site, the bag looks set to become a collector’s item.