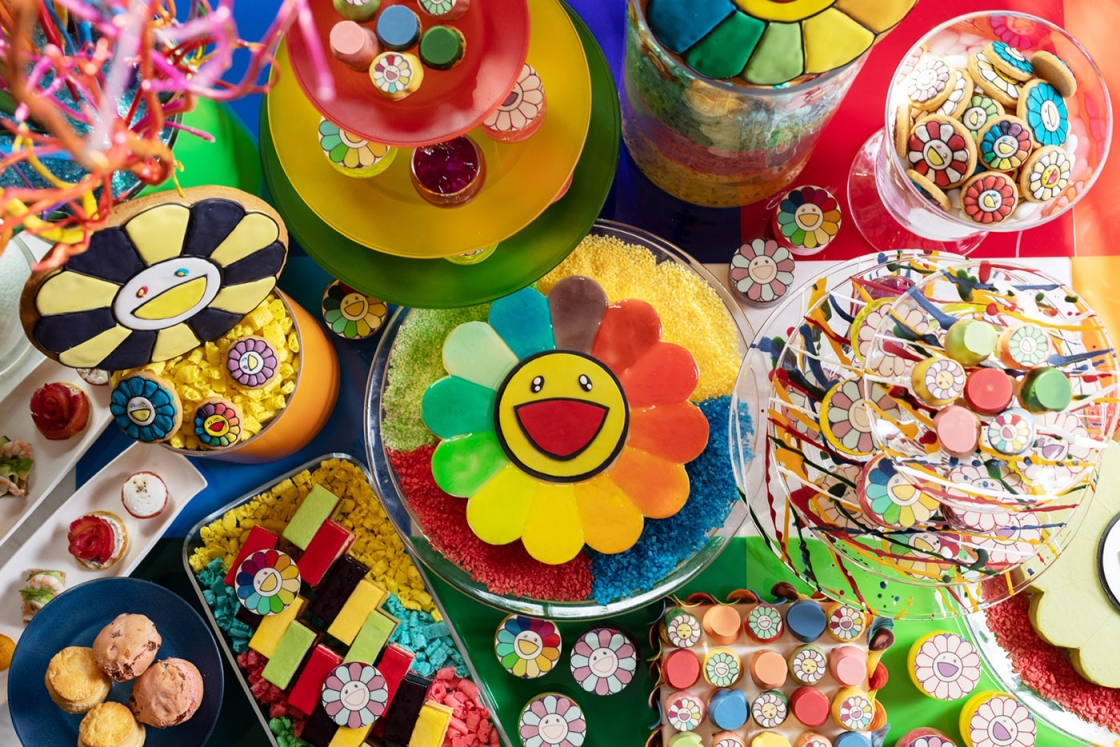 When it comes to this Takashi Murakami-themed afternoon tea, art imitates life in a delicious manner—from a colorful flower fromage blanc mousse to strawberry shortcake lined with mini profiteroles, resembling a field of blooms.

Launched by Tokyo’s Grand Hyatt Hotel, this high tea was created in collaboration with the Mori Art Museum exhibit STARS: Six Contemporary Artists From Japan to the World.

In a bid to bring art from around the world back to its locals, the museum is featuring six artists whose careers have propelled them beyond the country, earning them international acclaim. Notably, there’s Yayoi Kusama, whose art is characterized by the repetition and recurrent of motifs like polka dots and net patterns, said to be the result of hallucinations she’s had since childhood; as well as Takashi Murakami, whose unique sensibility offers playful imagery and colourful ornamentation that’s a blend of contemporary manga art and the Edo era of “eccentric” painters.